The Gigabyte B650M Gaming X AX Motherboard is ready to work with the PCIe 4.0 devices which are expected to experience twice bandwidth than the current PCIe 3.0 devices. 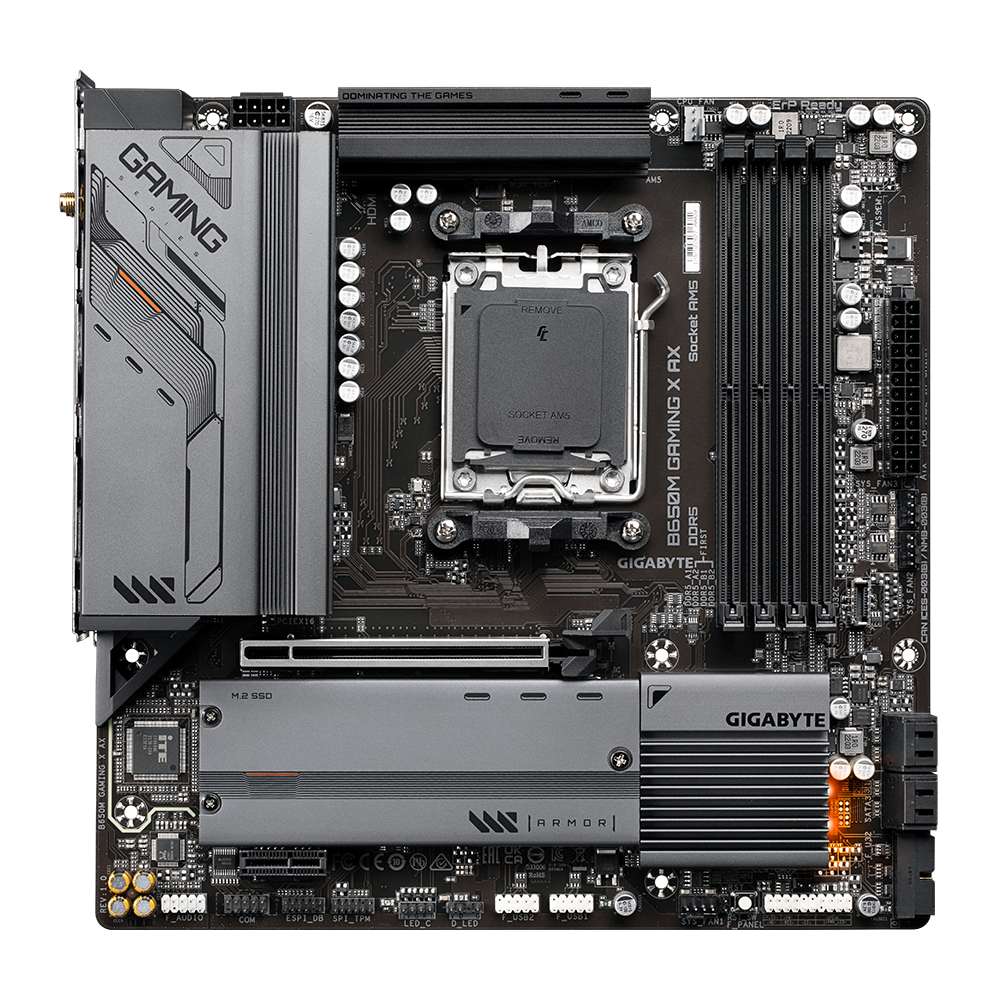 All users need to do for achieving this extreme memory performance boost is to ensure that their DDR5 memory modules are AMD EXPO™/ Intel® XMP capable, the EXPO/XMP function is activated and enabled on their AORUS motherboard. 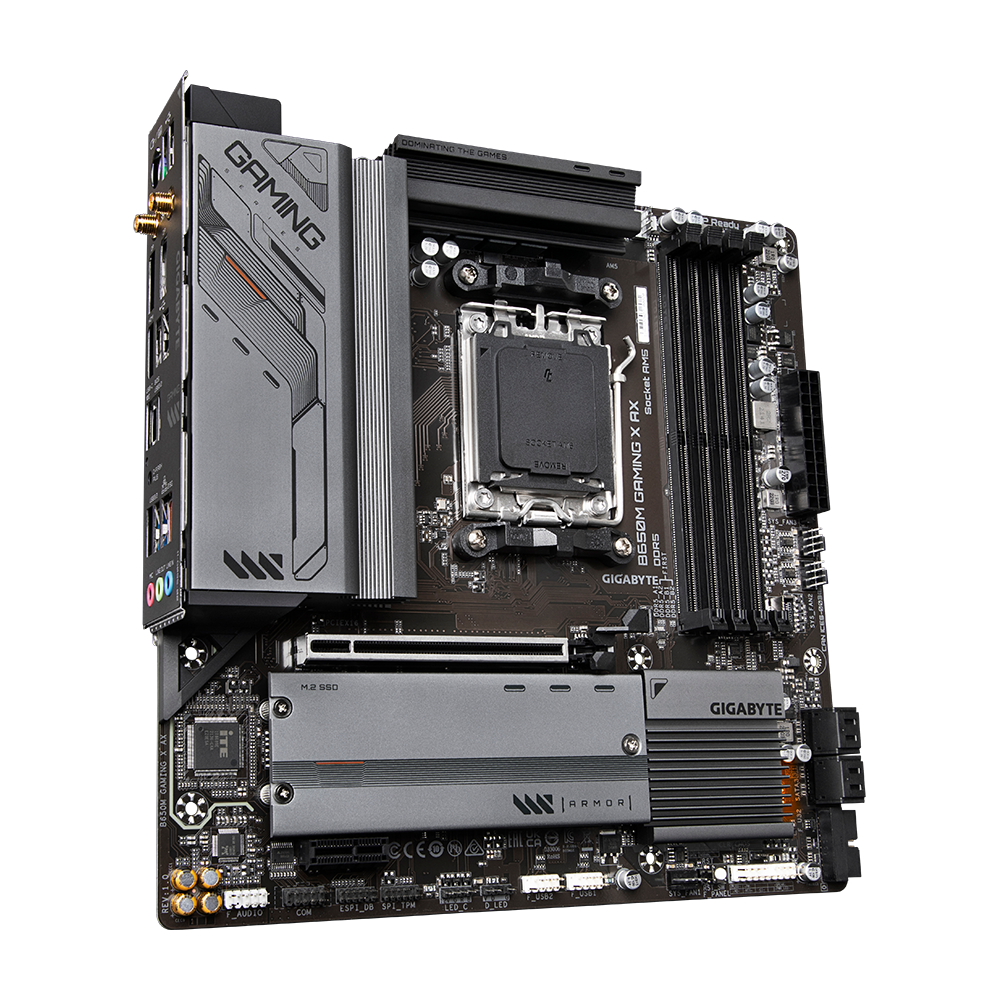 This is done to ensure the best CPU, Chipset, SSD Stability and low temperature under full laod applciation and gaming performance.

Multiple fan headers can support PWM/DC fan and pump, and users can easily define each fan curve based on different temperature sensors across the board via intuitive user interface. 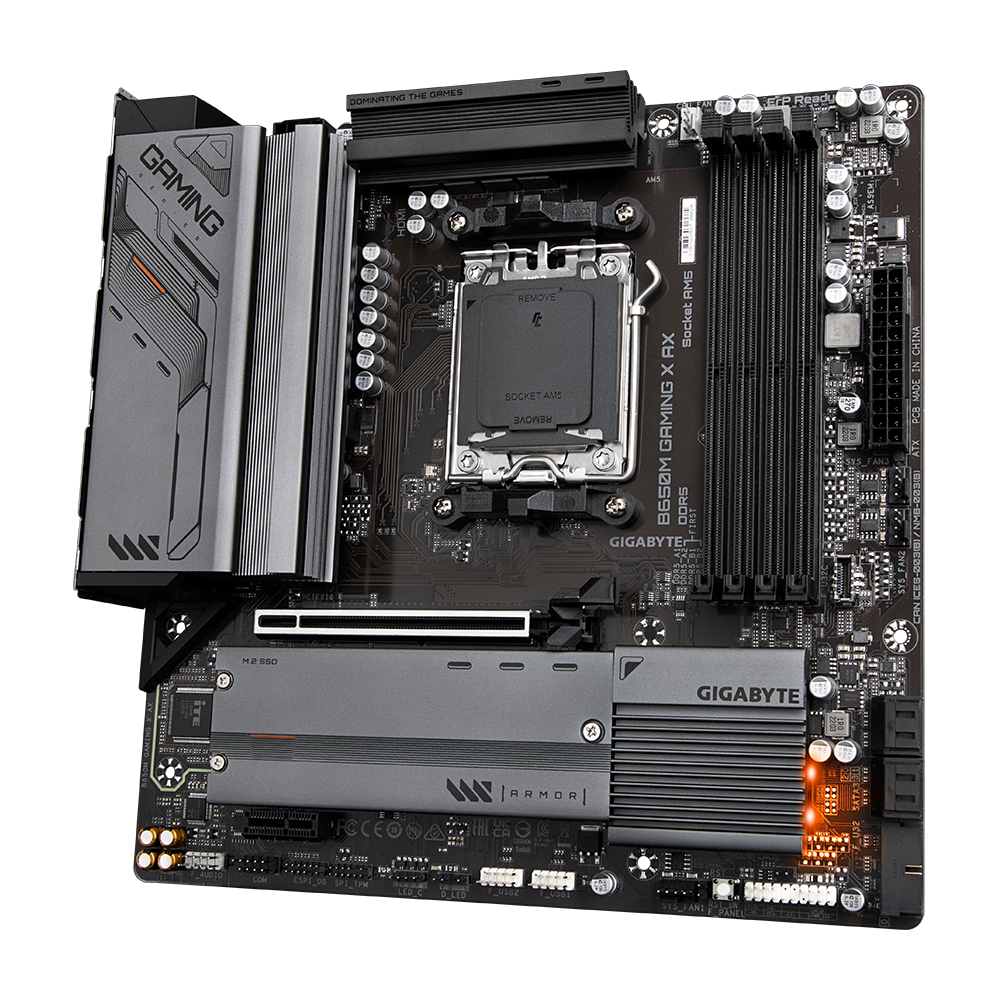 With twice the bandwidth compared to its previous generation as well as backwards compatibility with USB 3.2 Gen 1 and USB 2.0, the much-improved USB 3.2 Gen 2 protocol is available over the new reversible USB Type-C™ and the traditional USB Type-A connector for better compatibility over a wider range of devices.

With full RGB support and a redesigned RGB Fusion 2.0 application, the user has complete control over the LEDs which surround the motherboard. 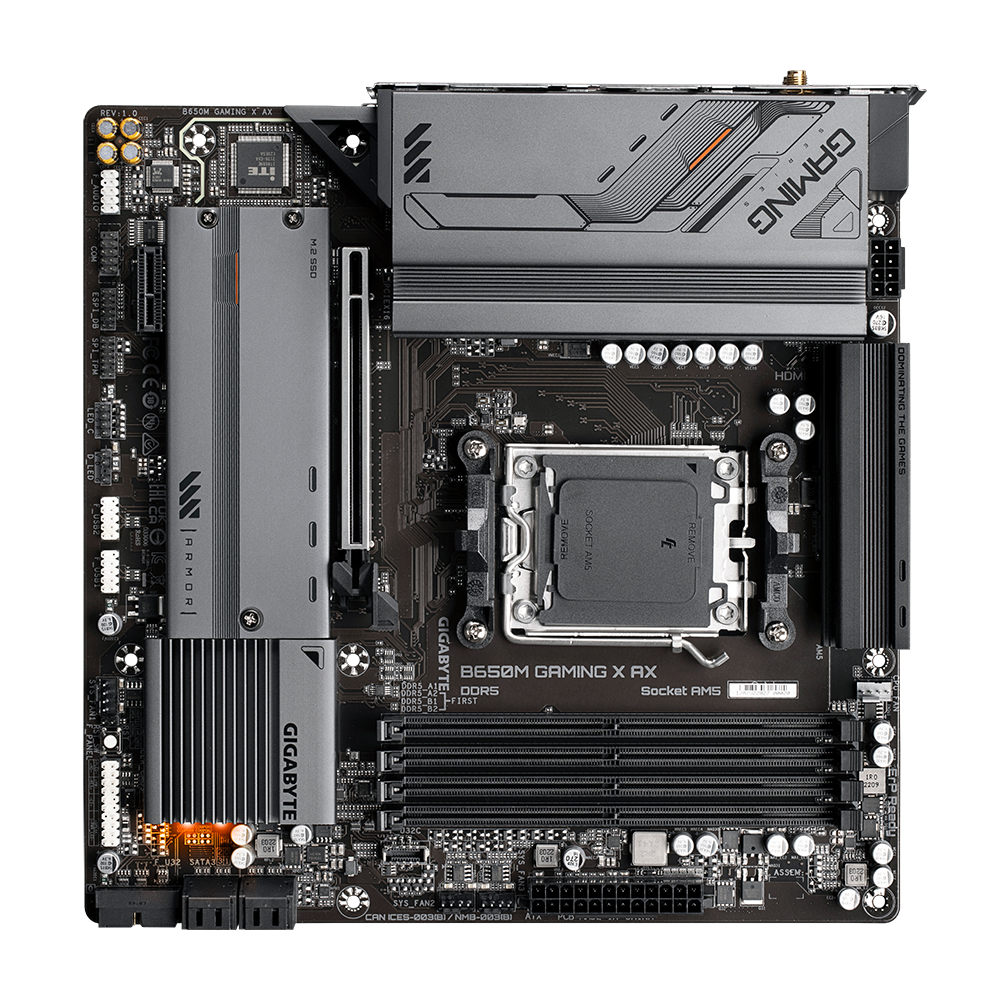 Actual lighting effects may vary by model. Multi-key A multi-function reset button that can be reconfigured to other function in BIOS for different user scenarios.

With GIGABYTE EZ-Latch in the Gigabyte B650M Gaming X AX Motherboard you can DIY your PC in no time, quick and easy. 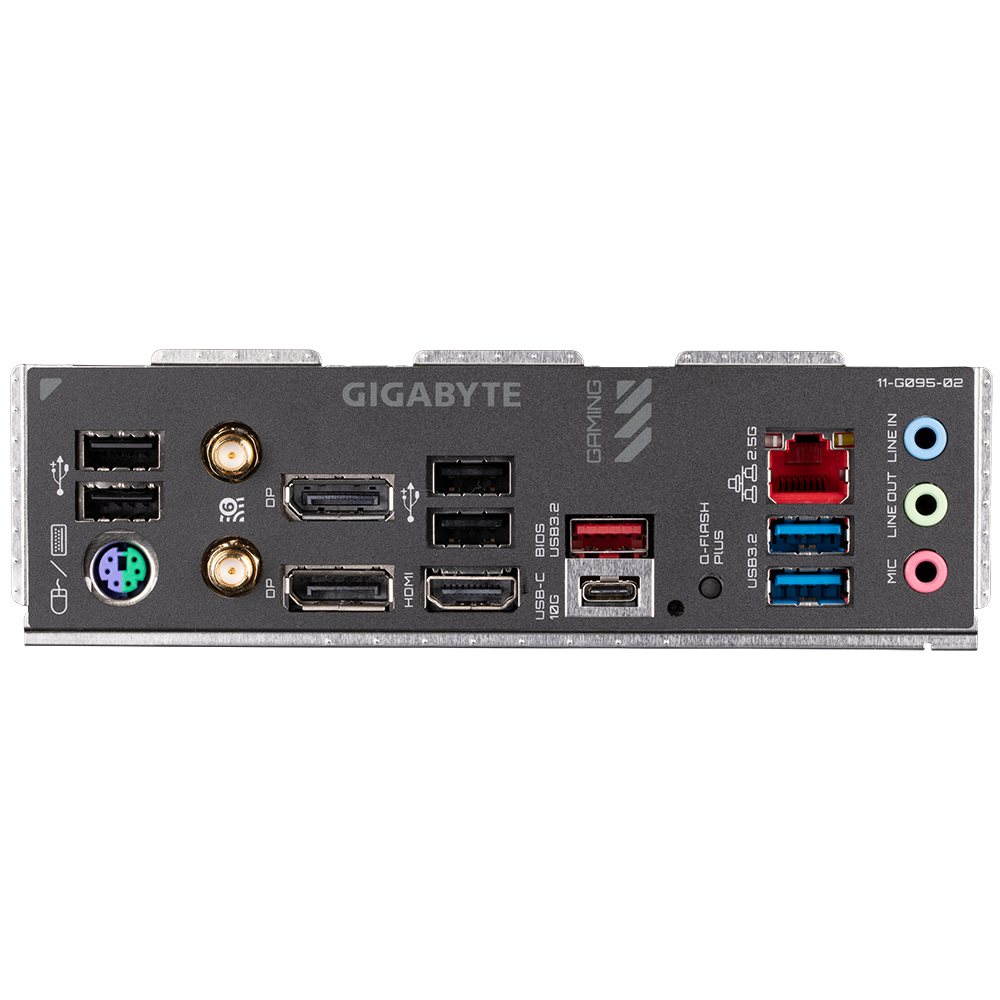 Q-Flash Plus Update the BIOS easily without installing the CPU, memory and graphics card.

With GIGABYTE Q-Flash Plus in the Gigabyte B650M Gaming X AX Motherboard, you don’t need to install the CPU, memory and graphics card nor enter the BIOS menu to flash the BIOS.

Just download and save a new BIOS file (rename to gigabyte.bin) on the USB flash drive, then press the dedicated Q-Flash Plus button and you’re good to go!